The Roma 54 / Living Reforma project is a 47-story residential tower centrally located on Mexico City’s principal tree-lined thoroughfare Paseo de la Reforma at its junction with Avenida Insurgentes. Our scope of design work included all the interior spaces as well as landscape design.

The site is triangular, presenting design challenges to the optimisation of dwelling units with minimal over-looking between apartments whilst avoiding deep, inefficient plans. The design process worked from the “inside out” and “outside in,” with the ideal depth of sensible dwelling units dictating massing diagrams for test fits that resulted in a trefoil layout as the most efficient distribution of windows, views and floor area. The three towers of the trefoil parti are linked by a central core which breaks down the perceived scale of the building, as well as maximizing views to the city in all directions.

The project comprises both rental and condominium apartments, the latter occupying the upper 30 floors of the building, with amenities on levels 18 and at roof level, whilst the rental floors comprise the lower 17 floors having amenities distributed among levels 03, 16 and 17.

Color is used as a unifying concept, present within the expression of building elements as bas-relief and surface color. It appears on fluted columns and shear walls at street level; vertical columns at the 18th floor amenity level; super columns that run from the street to the top of the building; and culminates on the mechanical enclosures on the roof. These fluted elements create a visual effect of shifting colors, creating a dynamic and artful experience for residents and passersby alike.

The design organizes various pedestrian, bicycle, vehicular and service entrance via a series of structural walls that feature a fluted texture filled with color. The ground floor has two separate residential lobbies, a semi-enclosed courtyard for condo residents, and a retail space on the primary corner facing La Reforma. The condo pedestrian entries wind around shallow reflecting pools, with walls that frame views to the singular specimen tree that serves as the focal point of the courtyard. A shallow water feature at the perimeter utilizes water jets that mist vapor at specified intervals, creating a cooling effect on hotter days. The courtyard is designed to be a serene space, a counterpoint to the visual and aural urban energy of the city.

The facade responds to the local climate, providing shade from both high and low sun angles, by adjusting the depth of slab edge overhangs and the frequency of vertical fins which have been optimized according to the building’s orientation and level of insolation, thus limiting unwanted solar heat gain during the warmer months.

Interior lobby and amenity spaces were designed to continue the visual and tactile quality of the exterior architecture. Milled solid wood planking with undulating profiles provide a warm and tactile backdrop upon entering the building. Rich materials and expansive views of the Mexico City skyline result in enjoyable spaces for residents to gather, relax or celebrate in the indoor/outdoor social areas; work alone or in groups in the various co-working areas; or attend to their physical fitness and well being in the gym and spa areas. 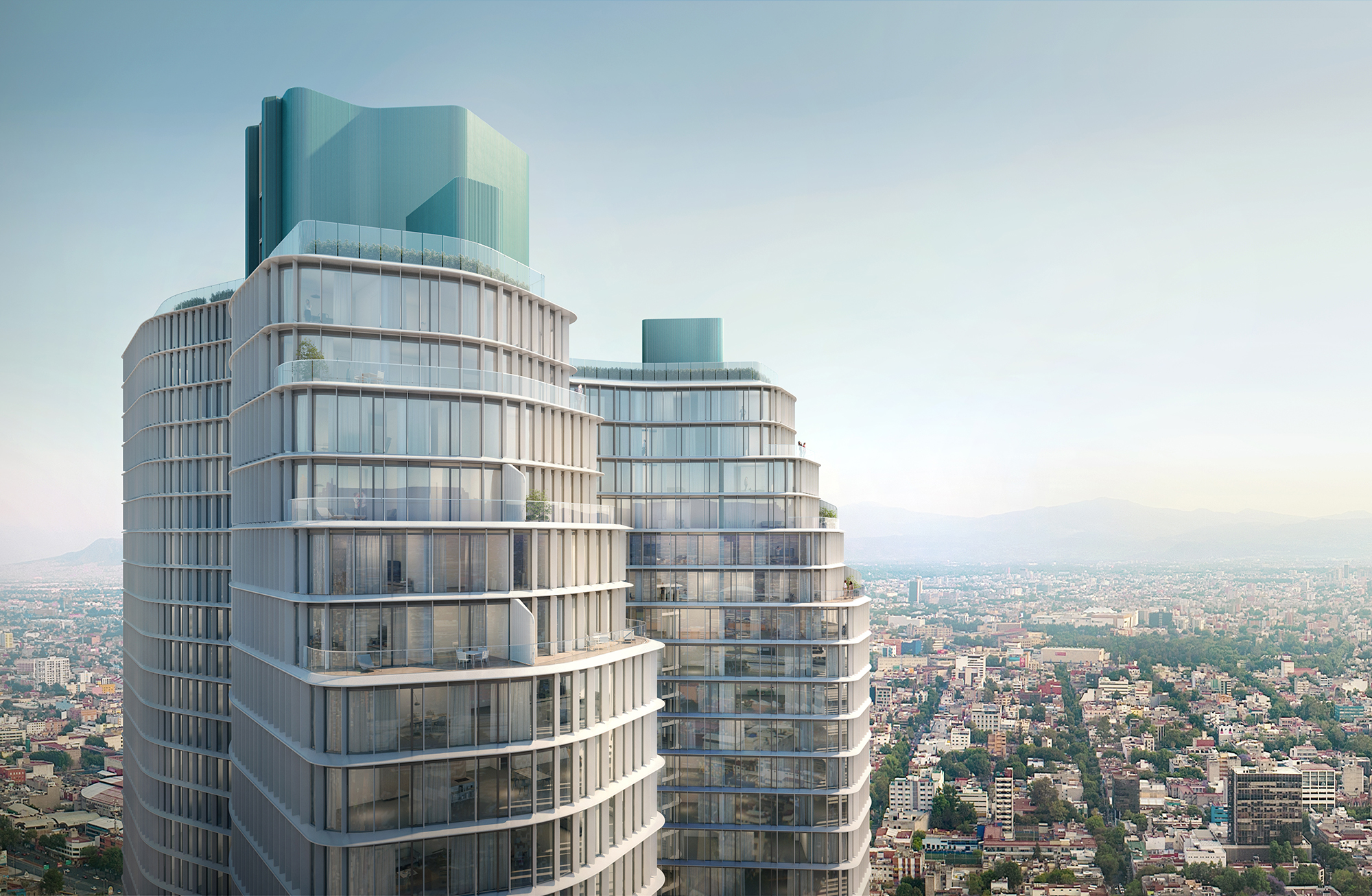 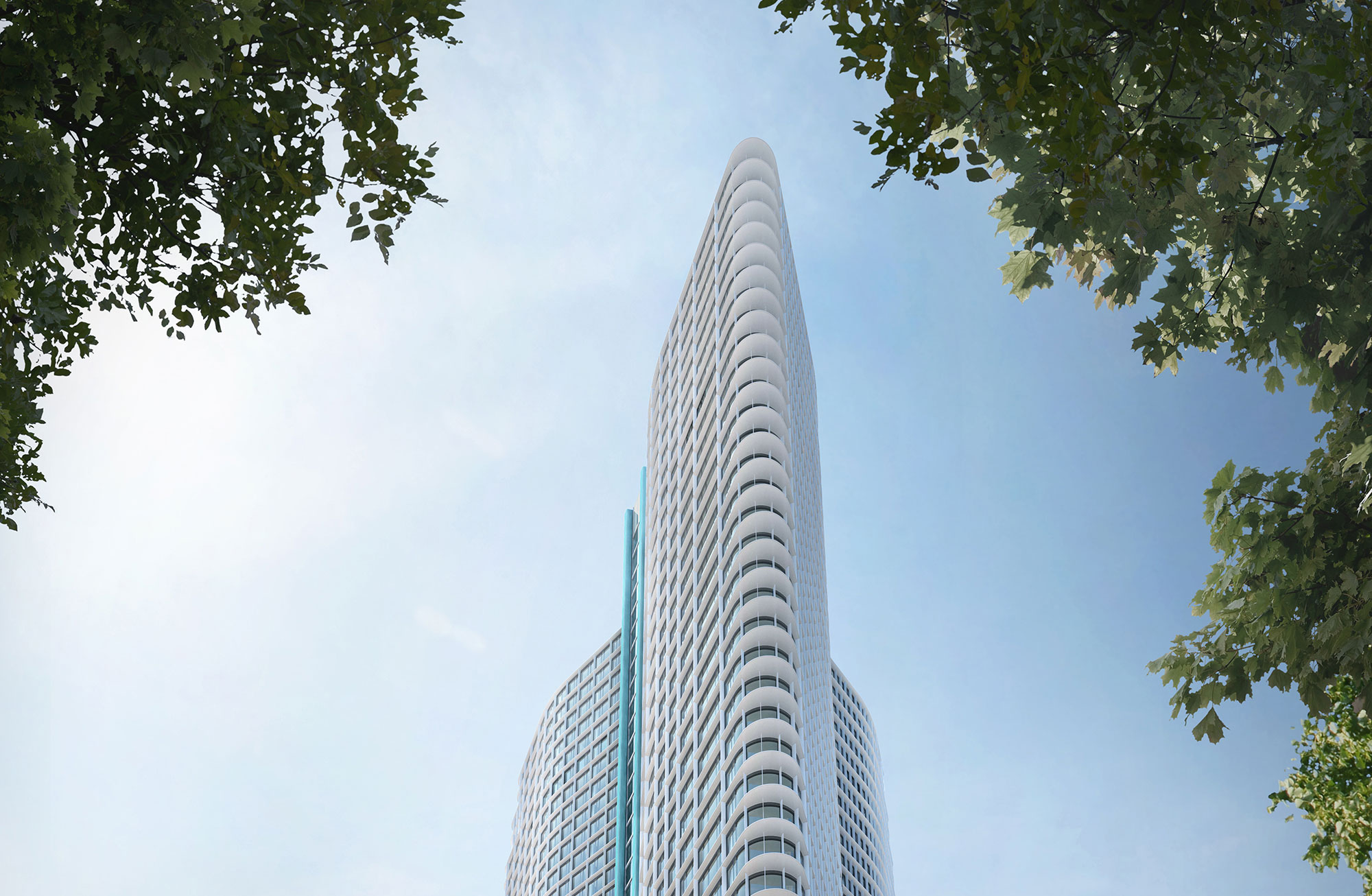 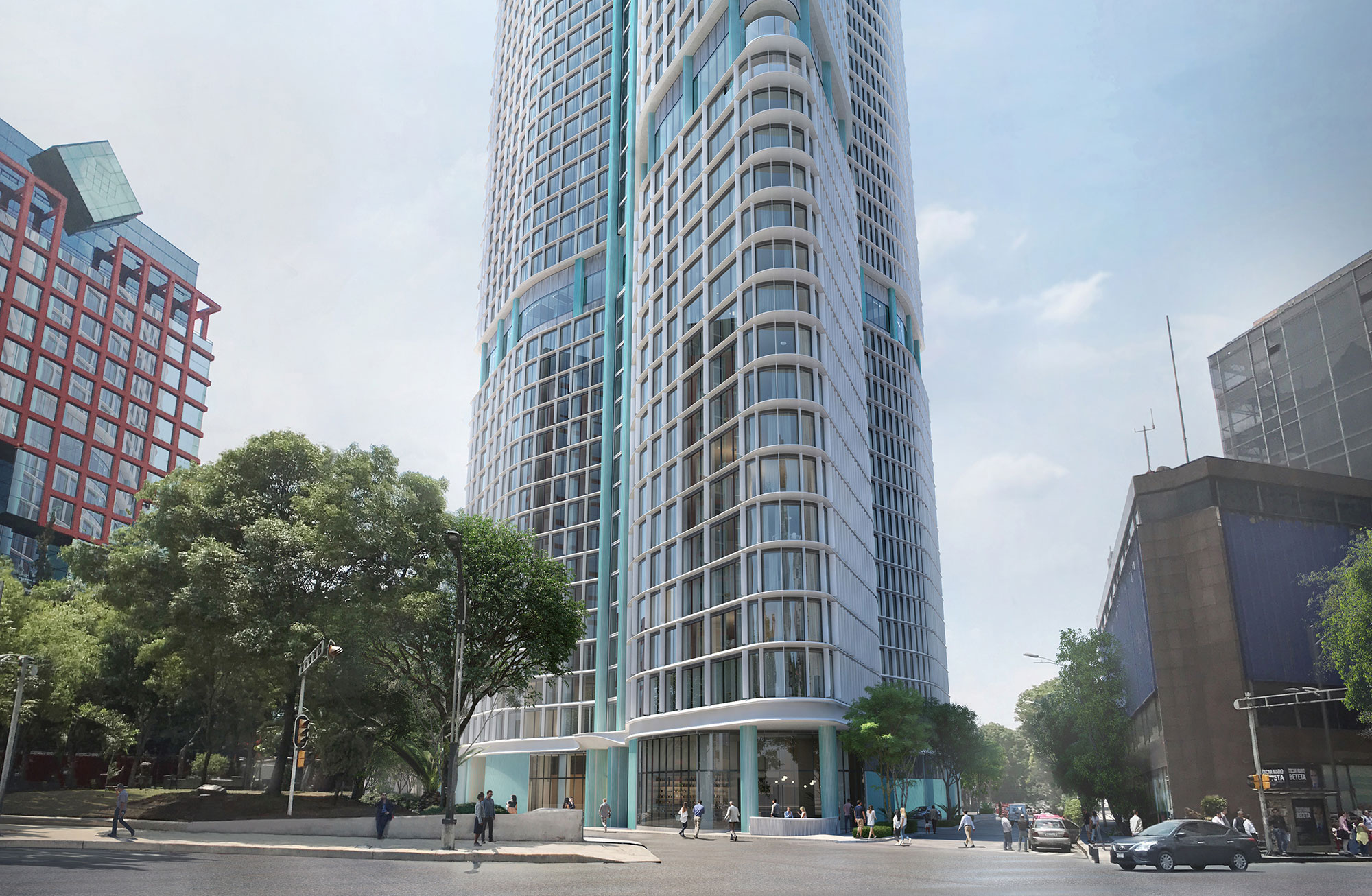 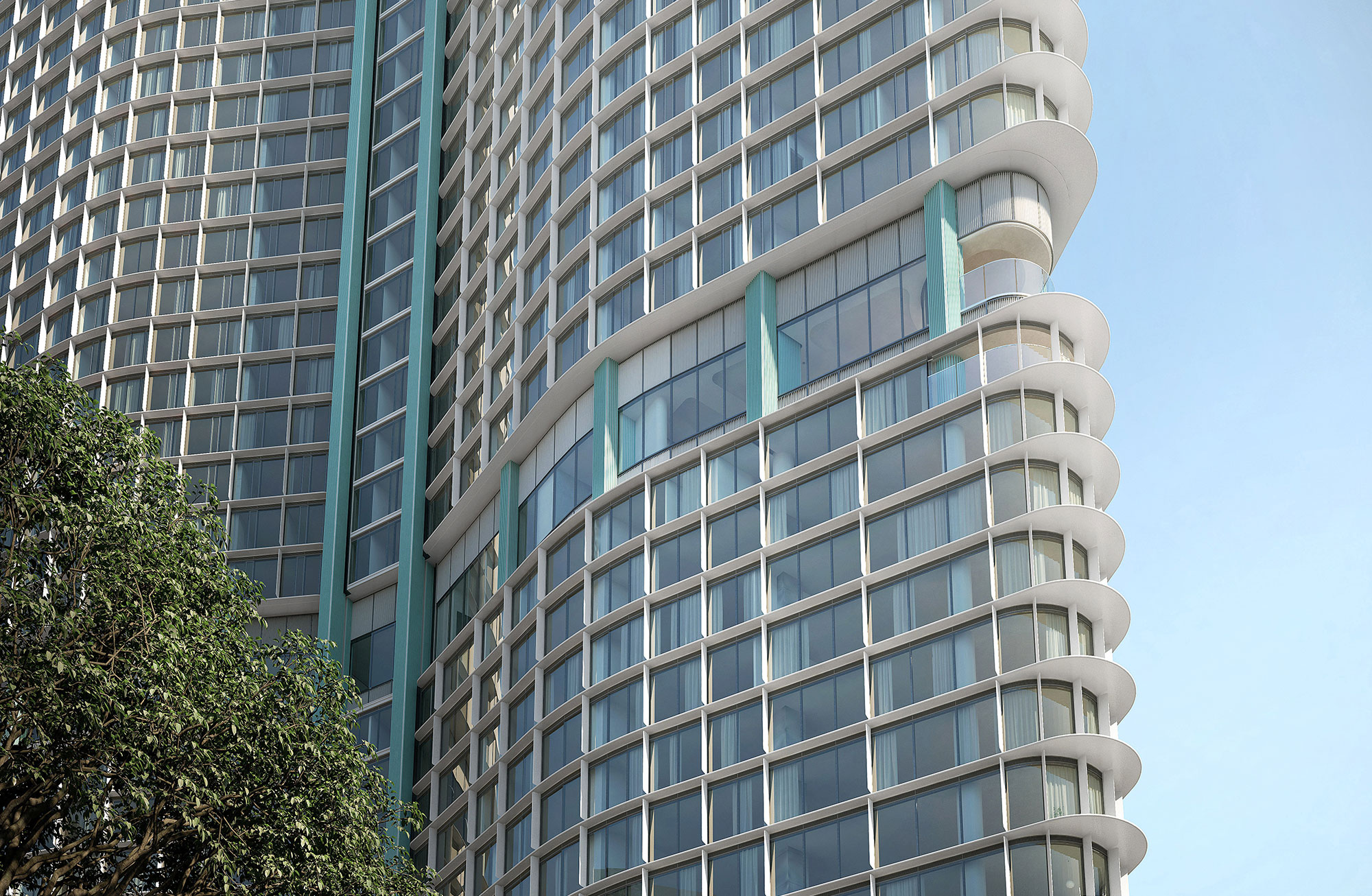 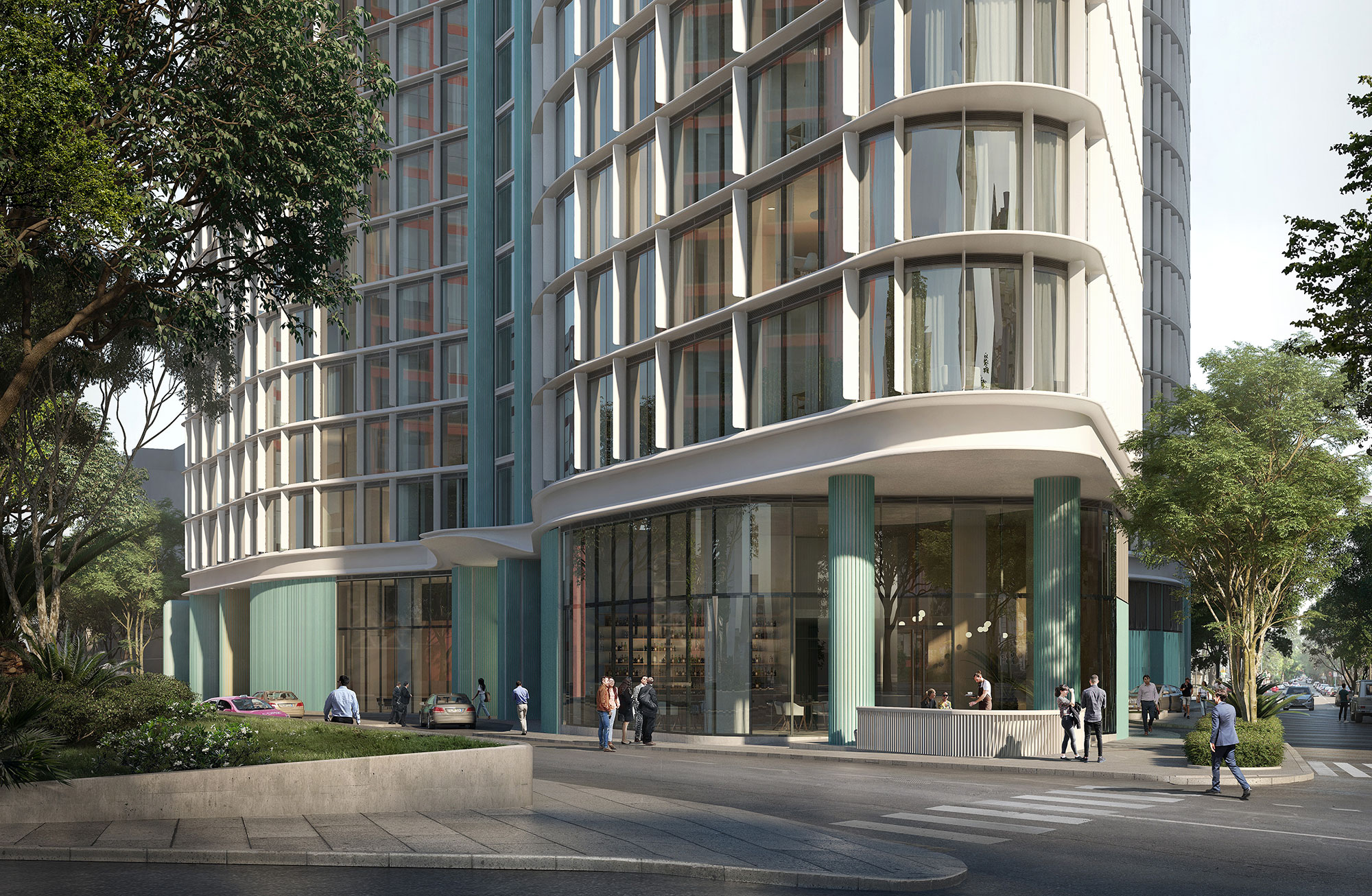 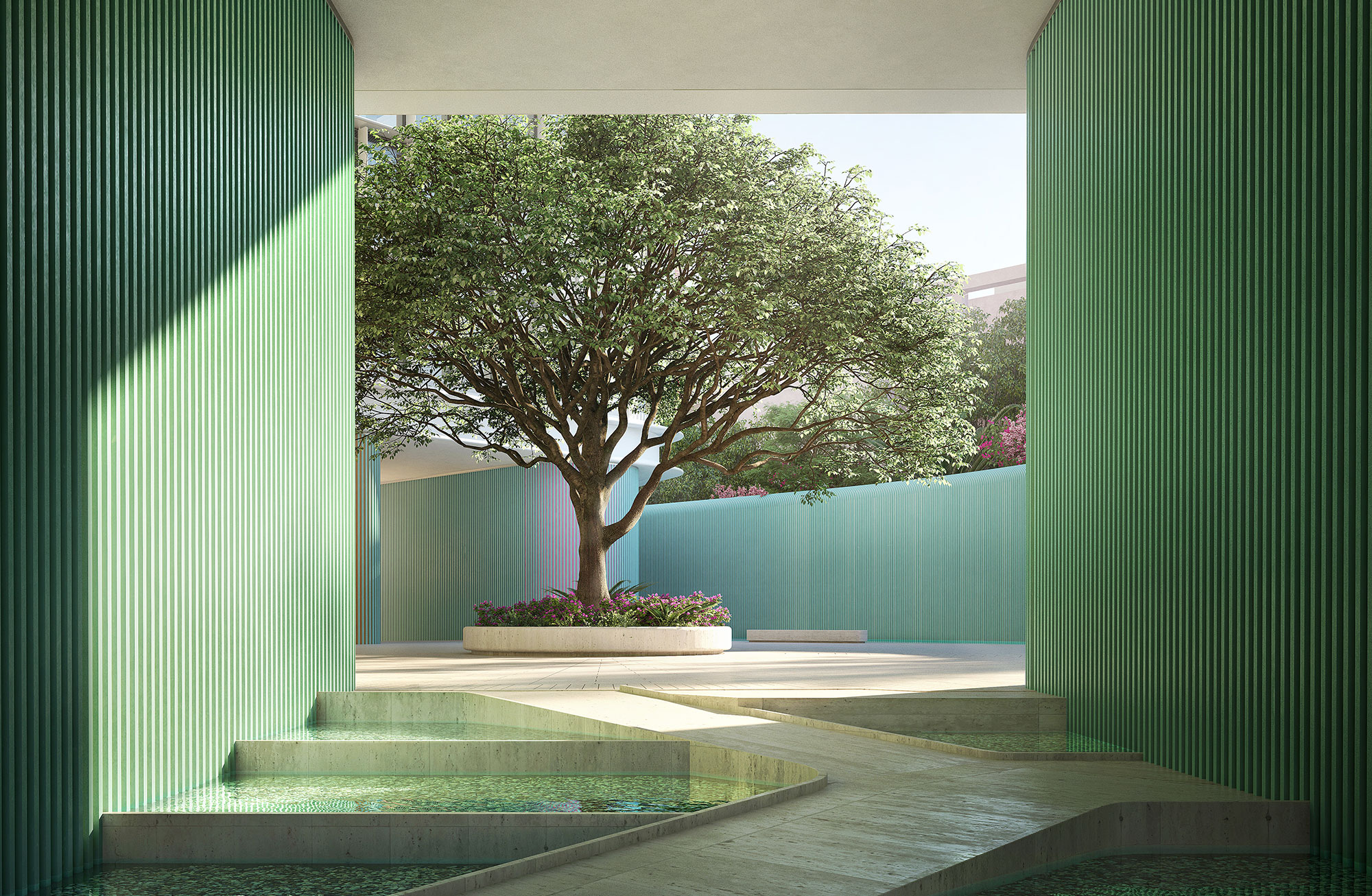 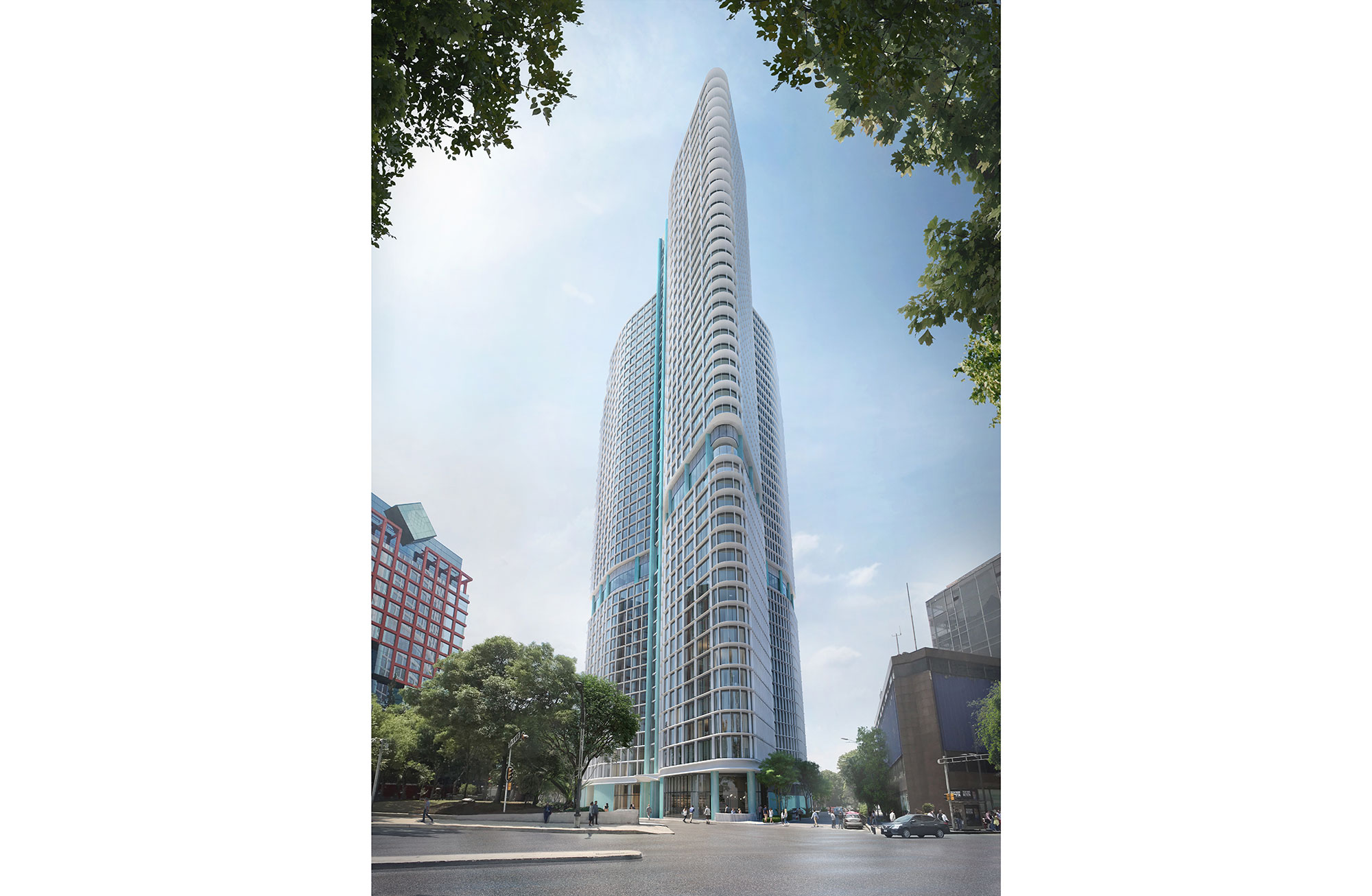 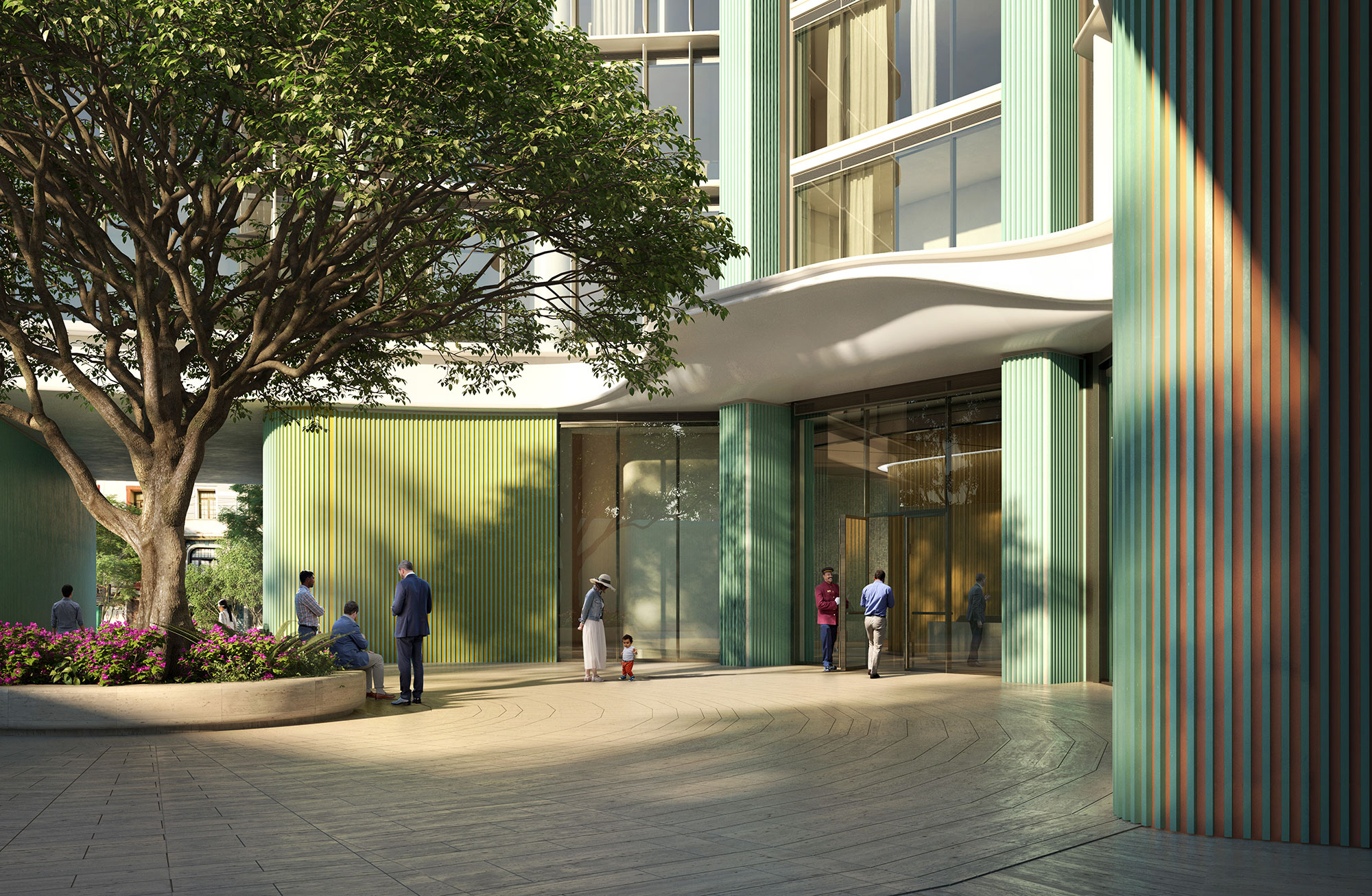 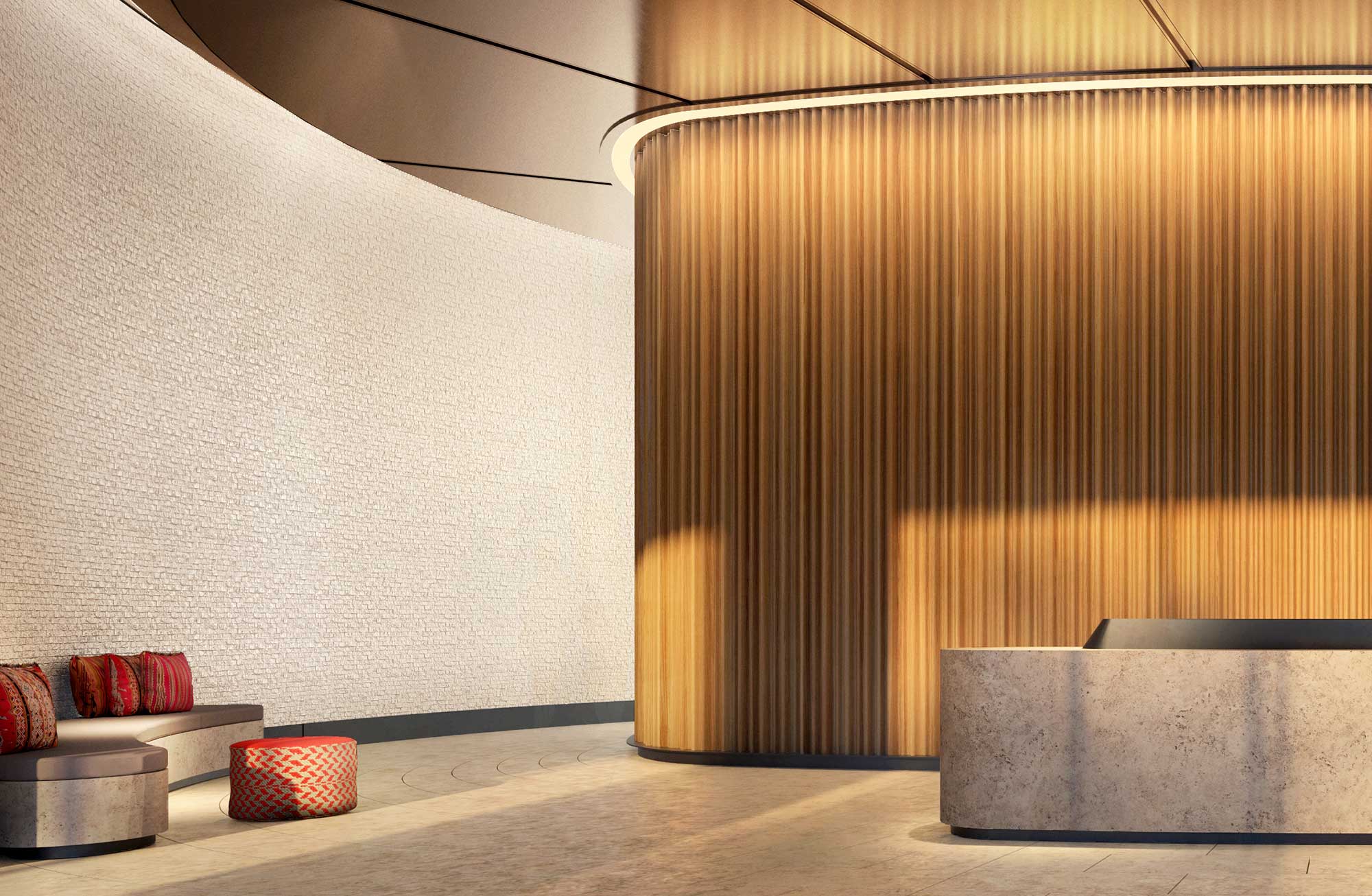 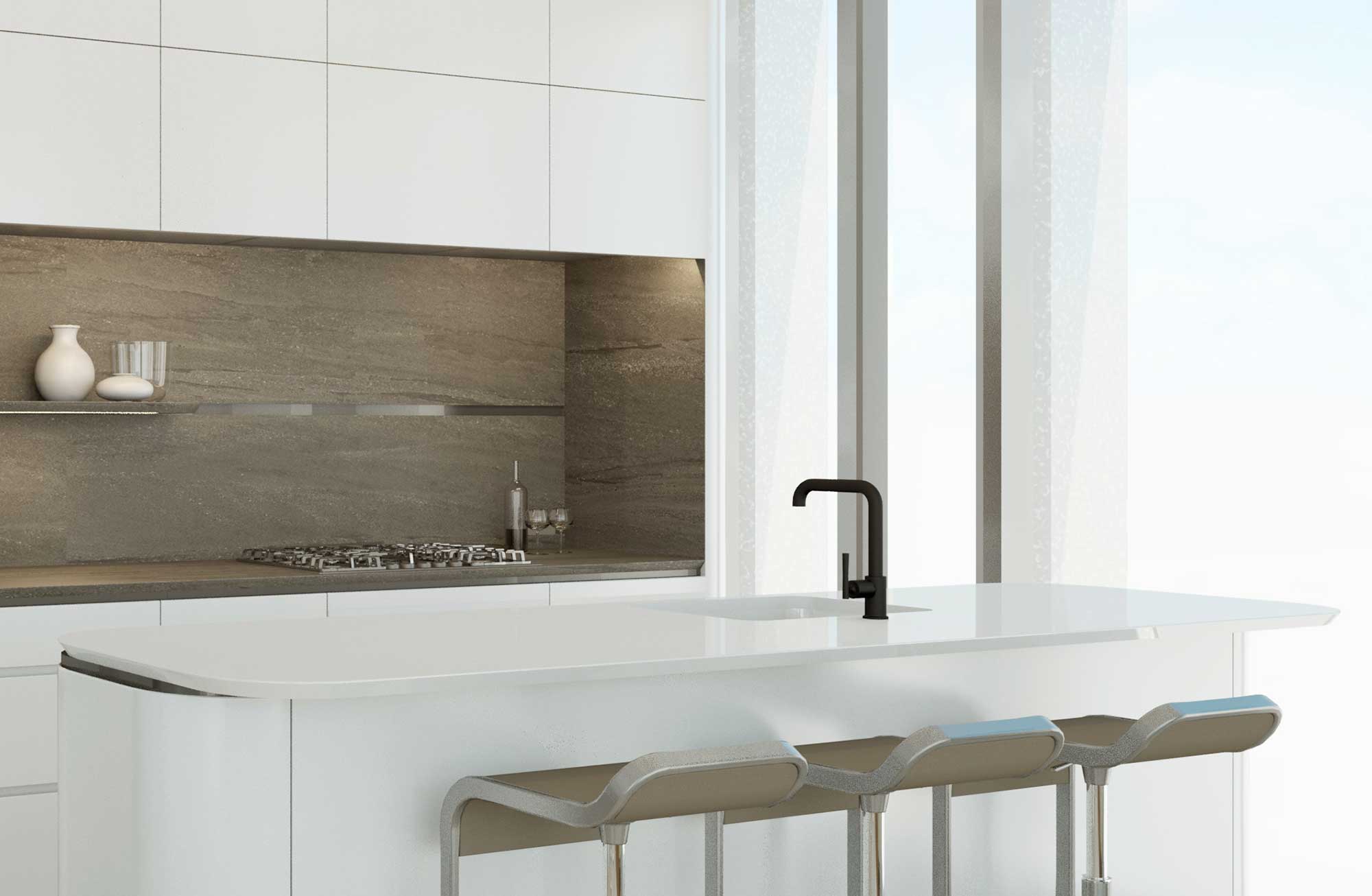 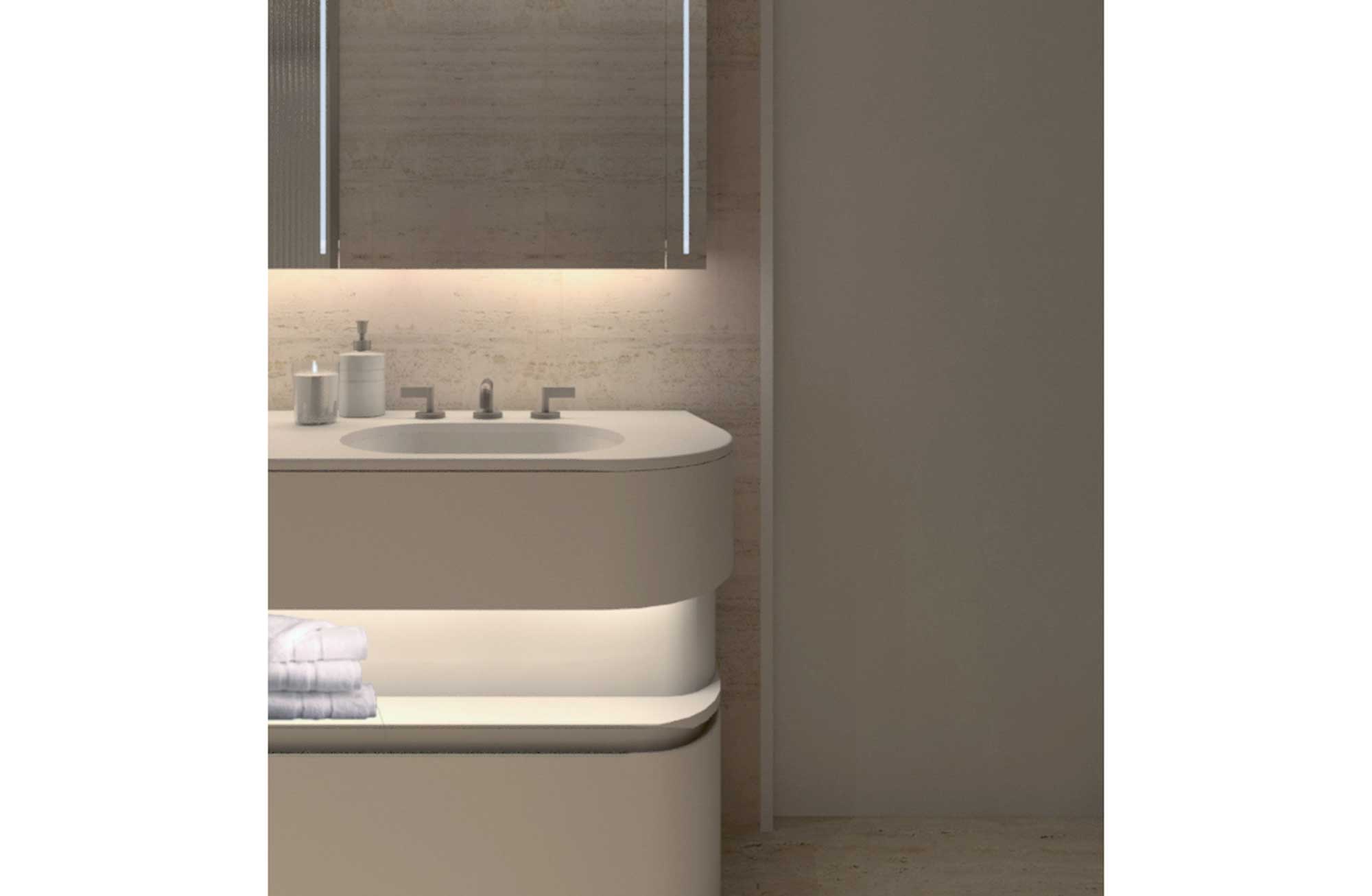 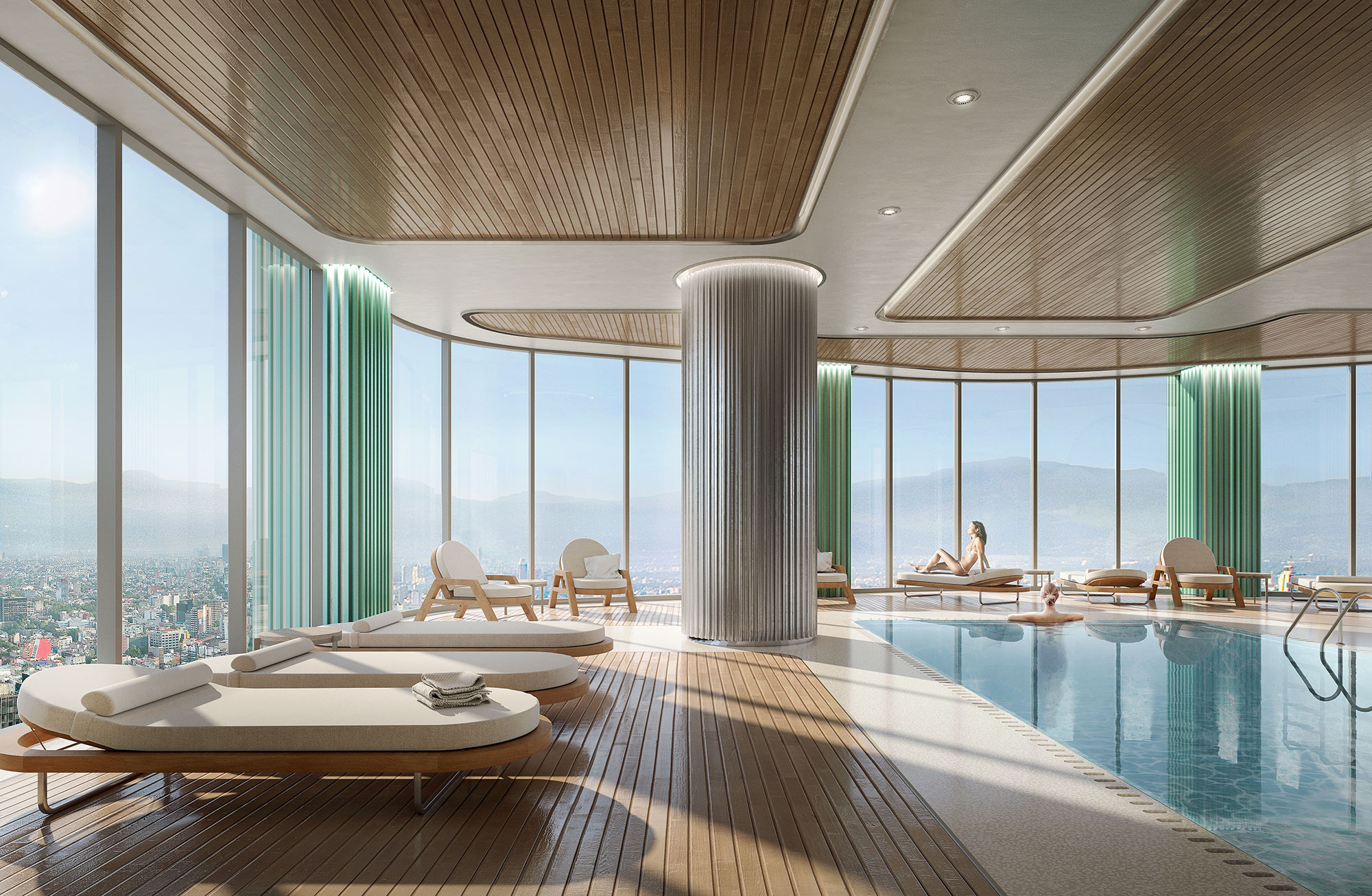 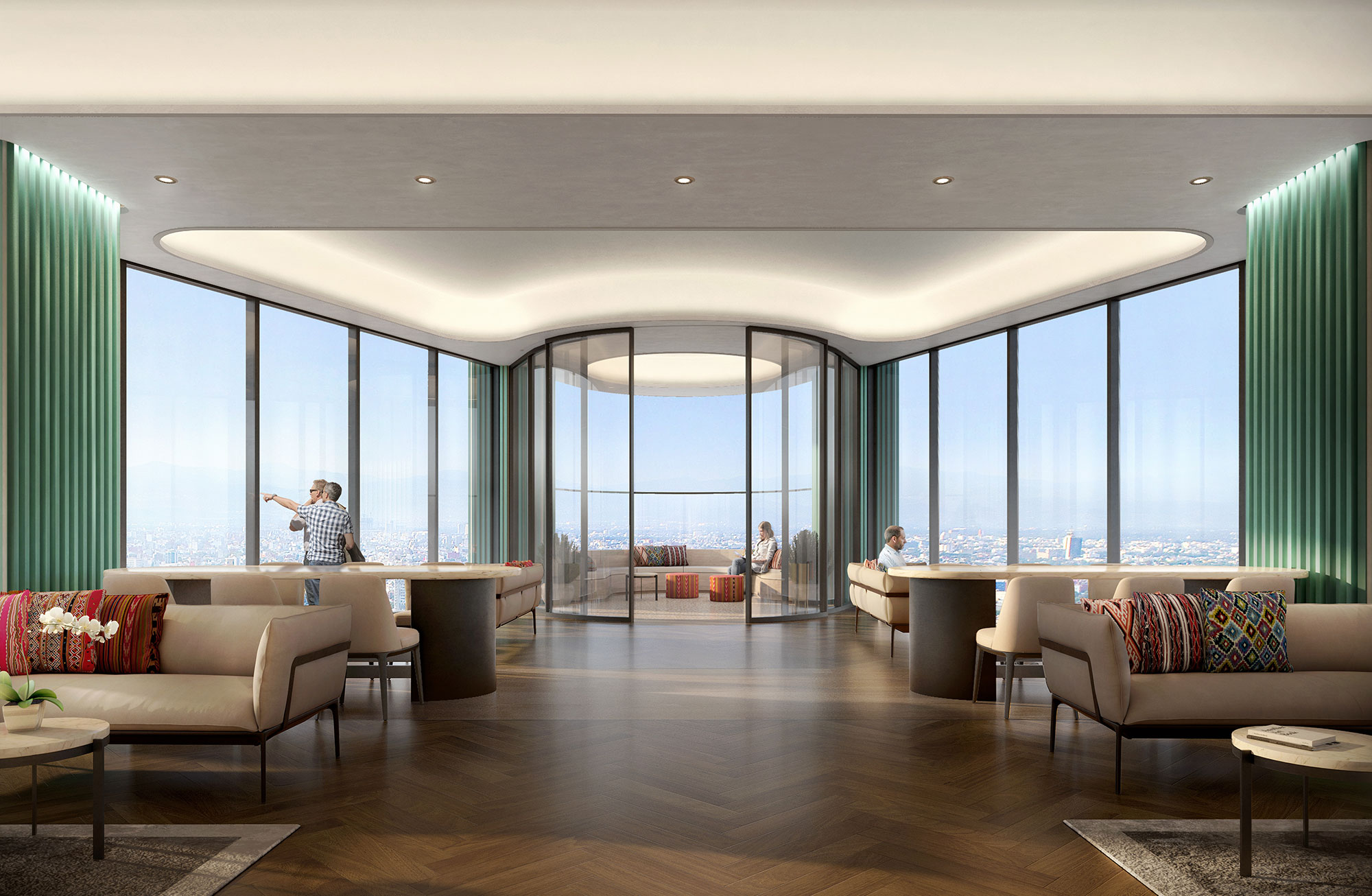 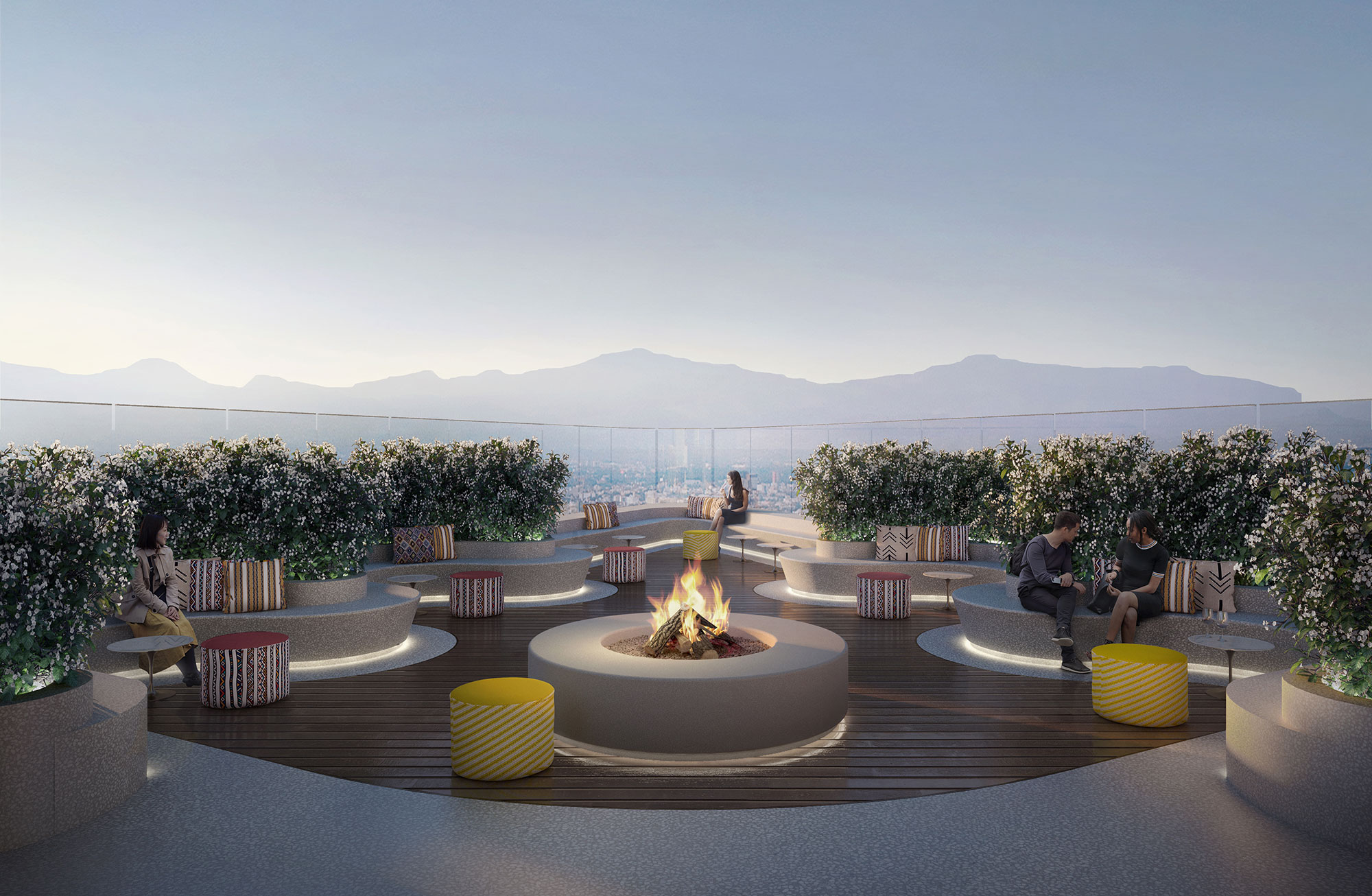 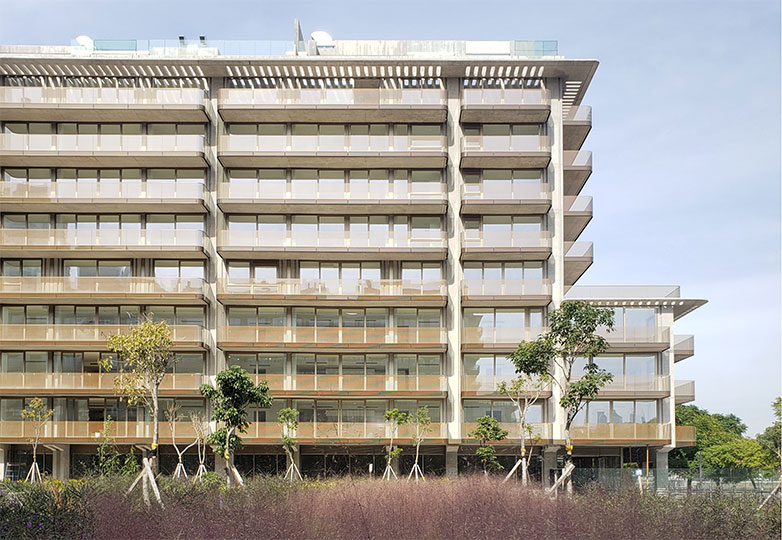 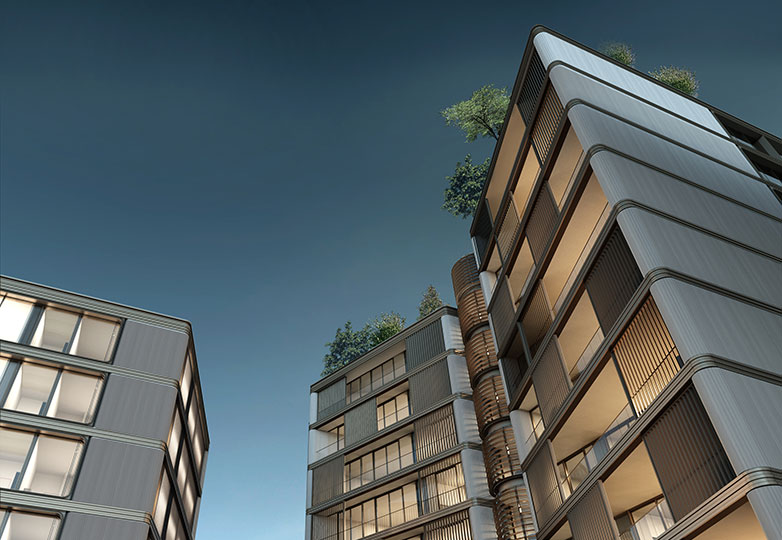 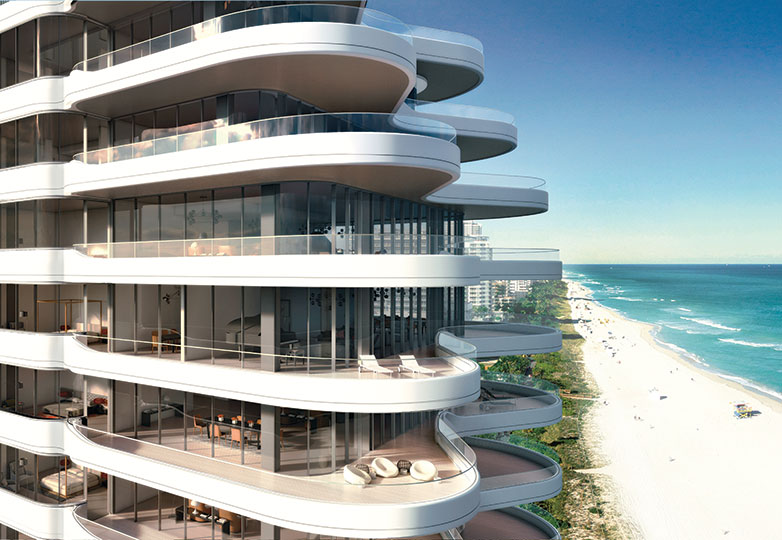