Brandon Haw Architects (BHA) was one of three architectural studios invited by Historic New England (HNE) to participate in an architectural design “provocation” to envision how its Haverhill collection facility could be transformed into a dynamic study center that could serve as a catalyst for the creation of a cultural district within the city of Haverhill, Massachusetts.

Looking at HNE’s present collections facility as well as the surrounding triangular-shaped downtown center of Haverhill, BHA saw how the opportunity to create and regenerate a vibrant economic, cultural and educational hub as—part of national and regional initiatives—is of paramount importance and eminently achievable, and would promote resiliency in terms of environmental, social, and economic concerns.

The urban fabric of the downtown center of Haverhill as it is today has various “missing teeth,” surface parking lots that disrupt the continuity of street life and limit the opportunities for open public spaces. BHA used the opportunity of the provocation to re-conceive this “downtown triangle” in order to create the conditions for future urban growth and densification. The approach proposed to knit the triangle back together by creating and linking the three “points and sides” of the triangle with: a multi-modal transport hub centered on a renovated Haverhill Train Station; creating riverside parks/walks and restoring Washington Square as a pubic park; and at the apex of the triangle, the creation of the HNE cultural innovation campus. This new cultural campus creates a new urban language, “joining the dots” and thereby creating the conditions for sustained urban regeneration, it fills in the “missing teeth,” enhancing the urban realm with clear, walkable links, restored public parks, plazas and squares, and re-connects the triangle to the river.

BHA’s architectural concept for the HNE cultural center began with linking two of HNE’s existing buildings together, creating a grand public atrium housing a significant interior urban space that can be used year-round, also allowing for a new “front door” main entrance to the complex. The two buildings were “opened up” to each other, windows (now unnecessary within the atrium) removed and a grand, sky-lit public exhibition hall can created. This exhibition hall also links the archive, collections and curatorial programs in one building with the maker spaces, study center and educational programs located in the other, creating an infrastructure where the archive and collections of HNE are brought to life as the foundational body of knowledge leveraged by the makers and innovators of tomorrow, as well as the visiting public. Gallery walkways along the interior facade of one building link with raised exhibition platforms and bridges. The walkways, platforms and bridges connect the two buildings and allow for cross pollination between the archives and the education maker/programs. A multi-purpose “black box theater/auditorium” is created underneath the exhibit platforms and has the ability to open up to the exterior creating indoor/outdoor performances.

The grand atrium allows a “permeability” between the buildings which creates large, contiguous public spaces and allows HNE to provide public amenities such as food and beverage as well as exhibition and retail opportunities for the “maker spaces” on the upper floors to engage with the public. On the gallery walkways, the existing window openings of the building facade can become double sided glass exhibit display cases, within which HNE can display artifacts and their collection, in a linear fashion, and behind these display cases one can see the activities of the curatorial staff workshops and larger collections.

The buildings and grand atrium are covered over by a rooftop canopy that spans across both buildings and has almost one acre of solar panels, potentially generating approximately 650,000 to 700,000 kWh of electricity a year to power the campus. The canopy also creates an additional level, a roof top addition with multiple event spaces that open to the outdoors. These event spaces, as well as a signature restaurant, provide a unique venue for hosting technology expositions, maker fairs, corporate seminars and conferences, traveling exhibitions, educational fairs in partnership with local schools, community meetings and private social gatherings such as weddings, with sweeping views of the Haverhill skyline and surrounding New England countryside.

The Haverhill Provocation project uses the creativity of the past to nourish the future, leveraging the history of its community’s past traditions in such a way as to serve as an educational foundation for the future of the area, its residents, and anyone in the region attracted to its mission. 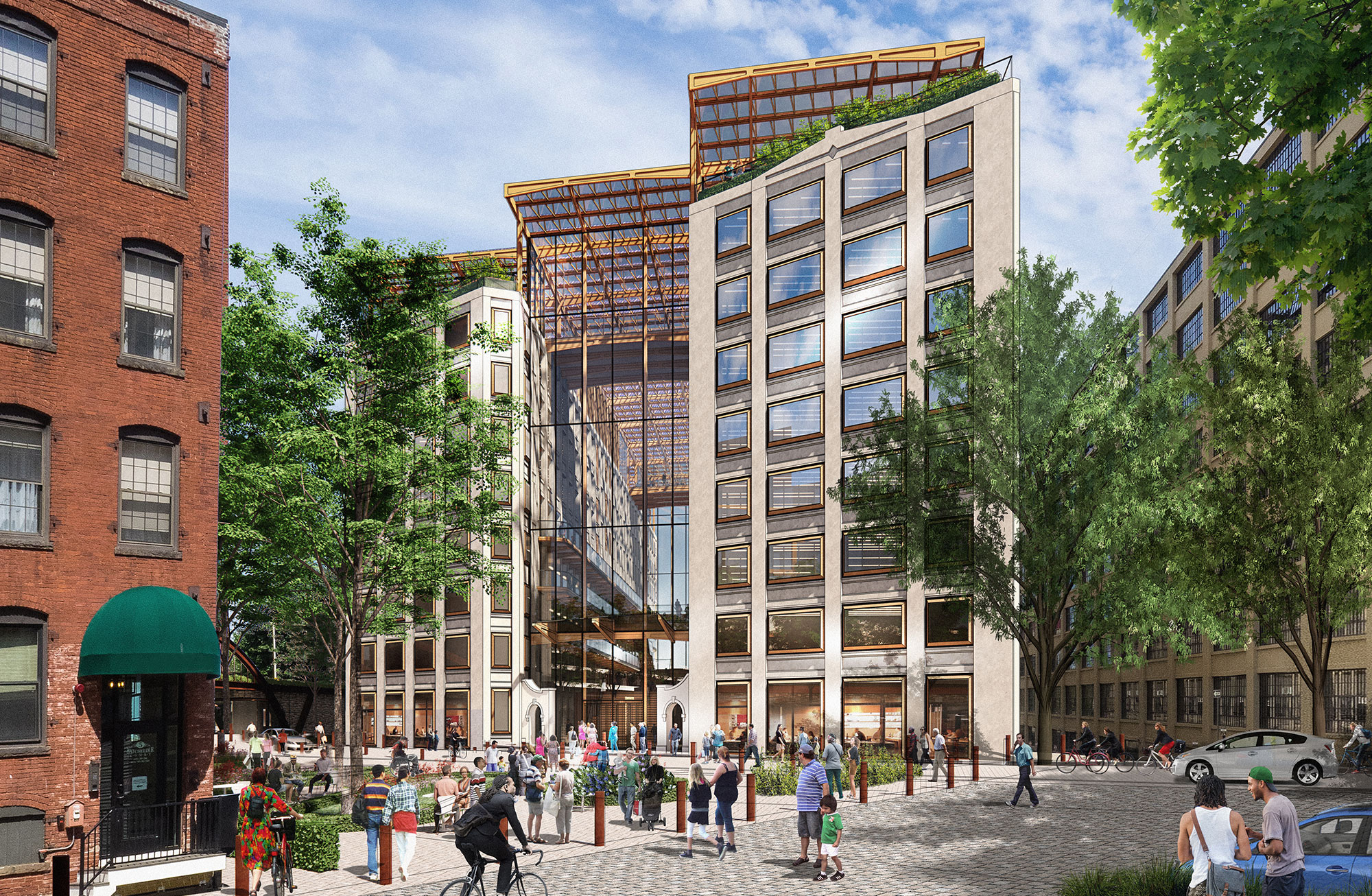 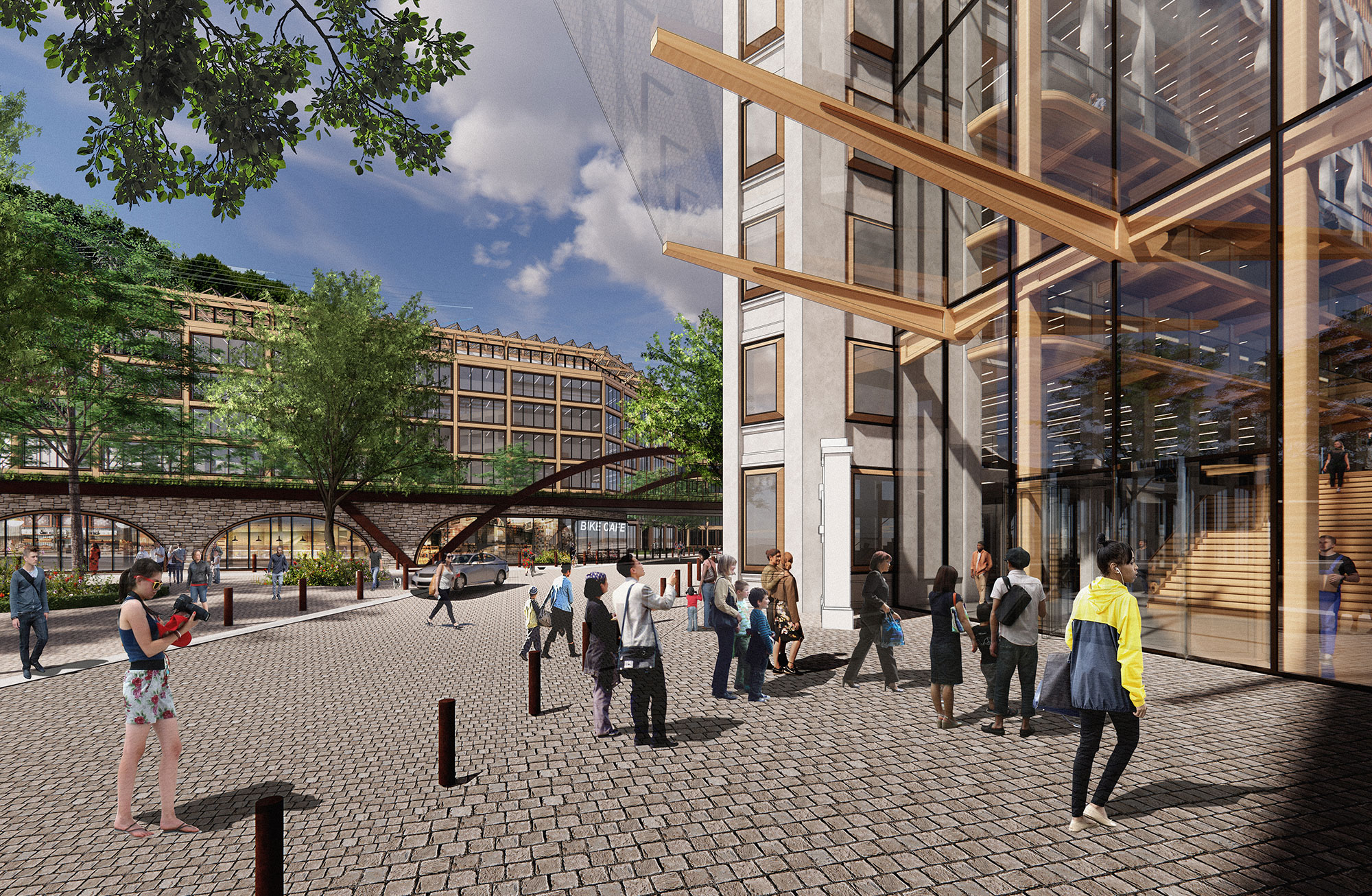 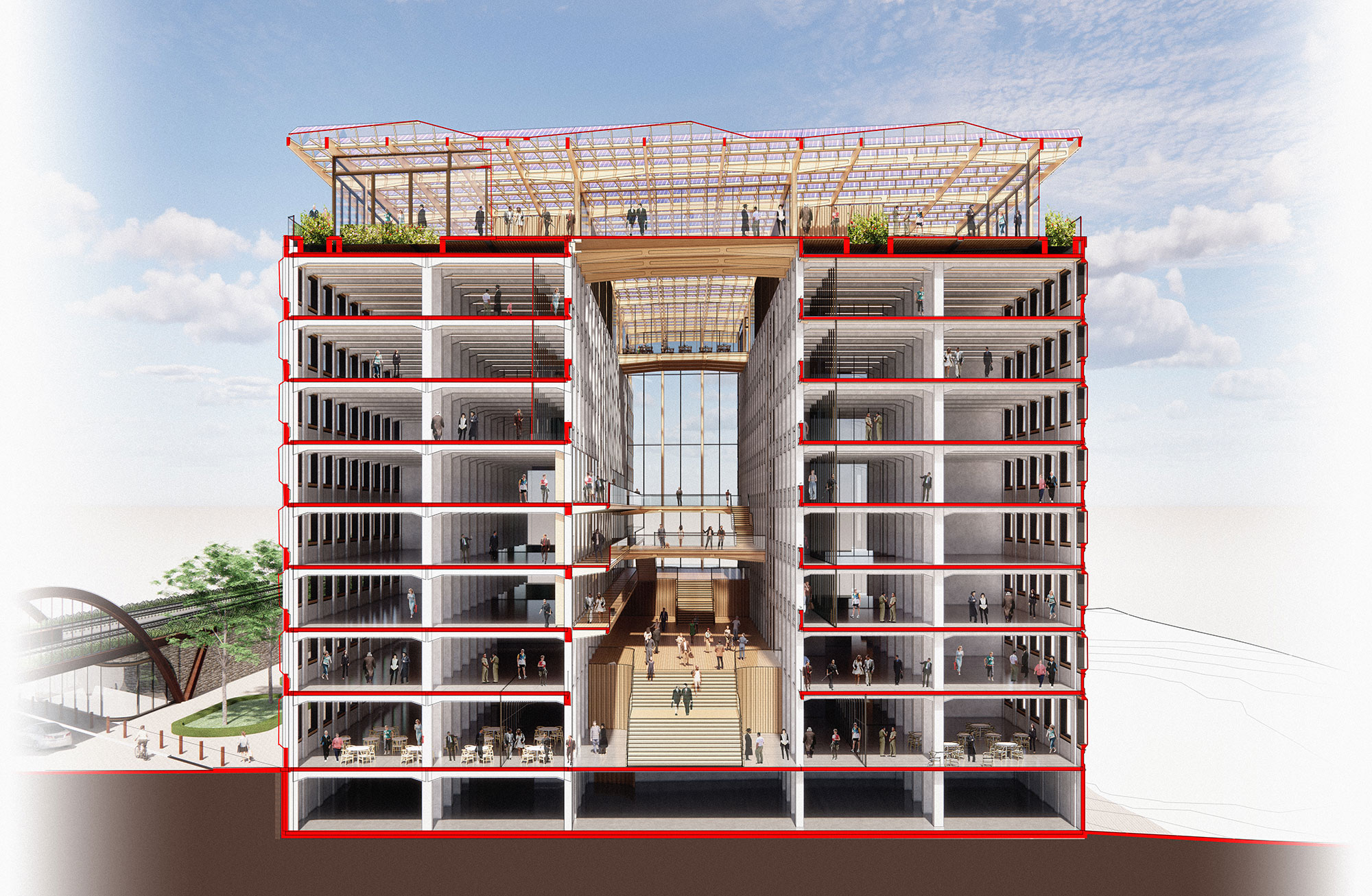 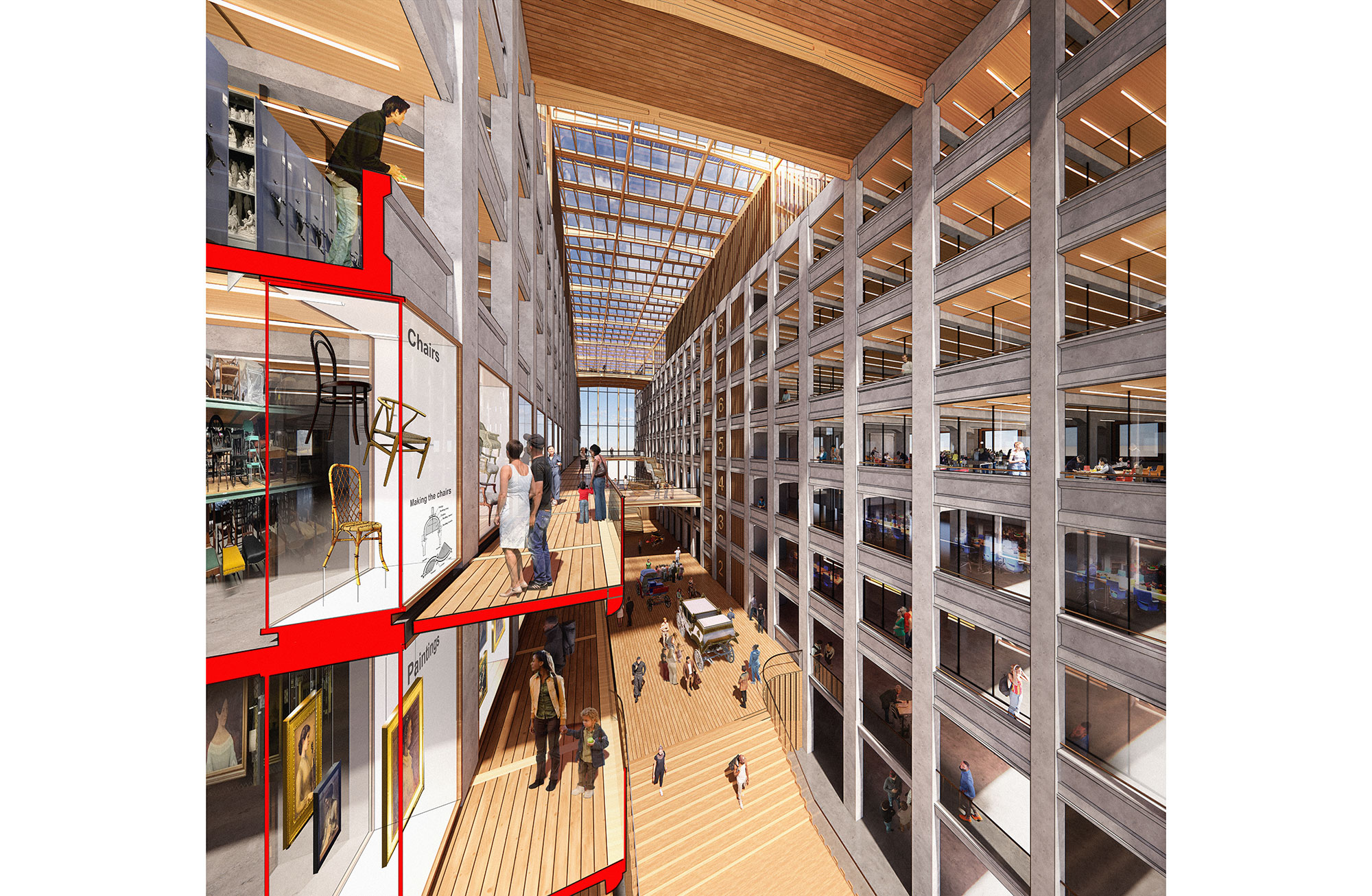 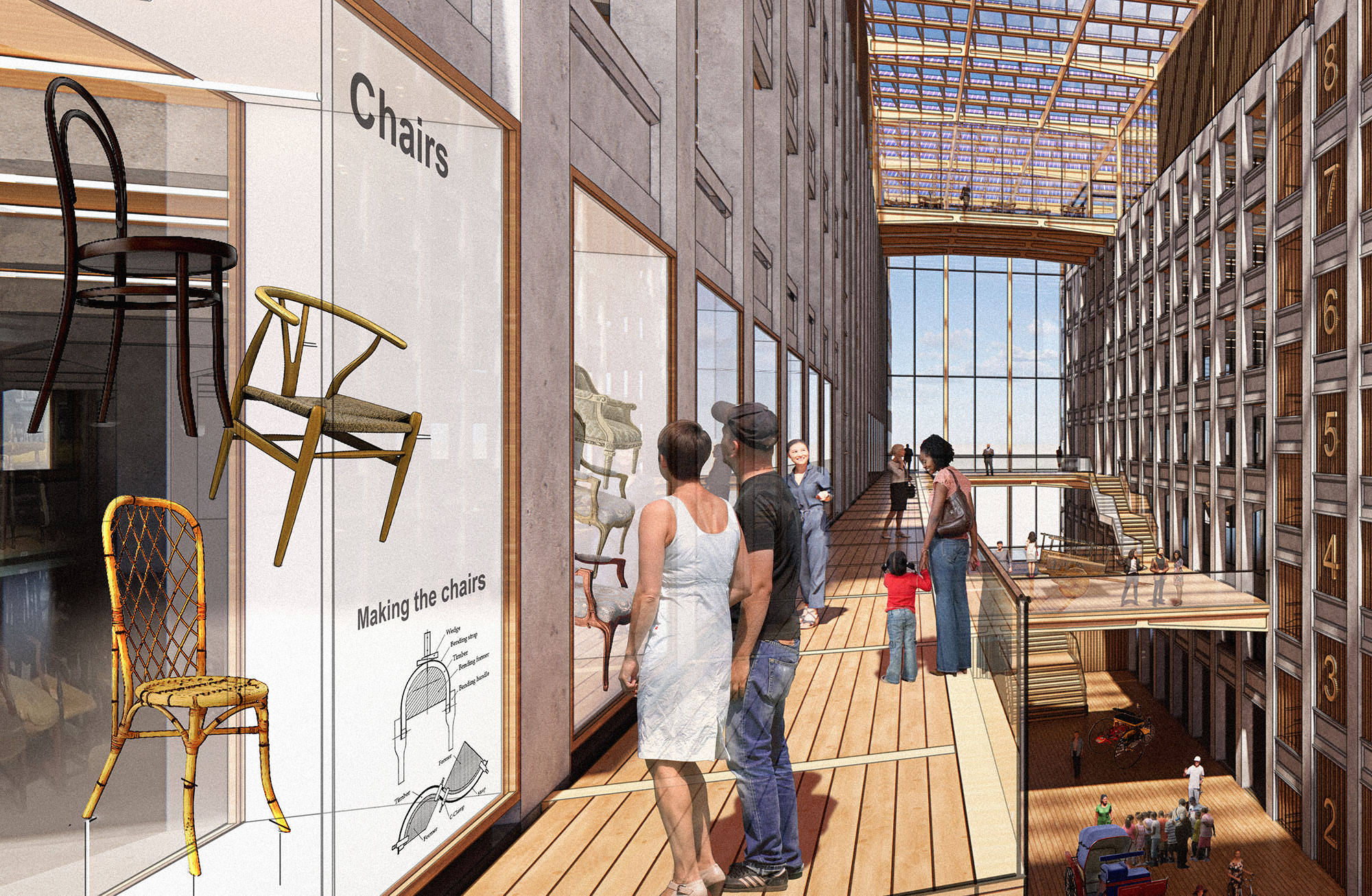 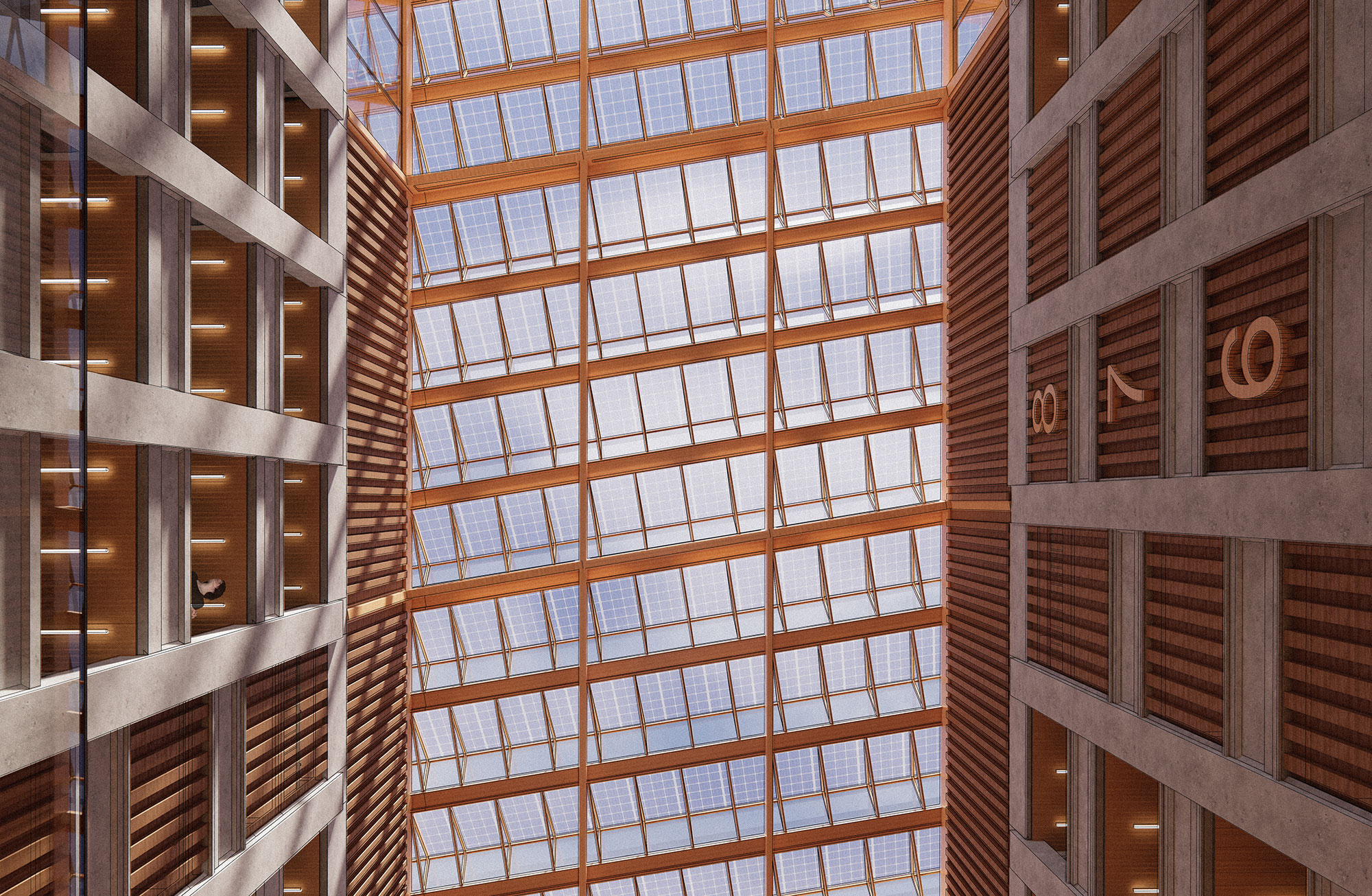 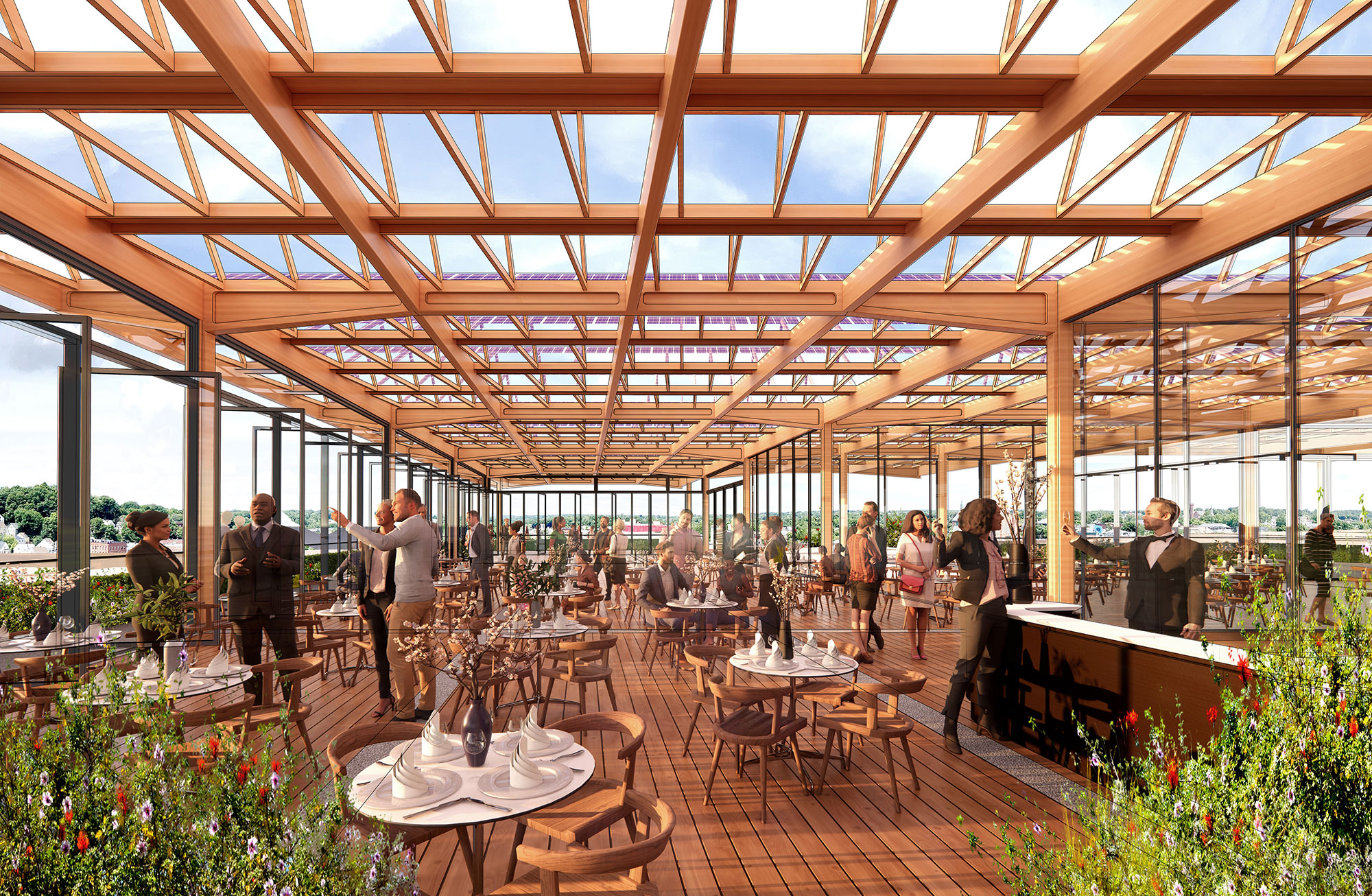 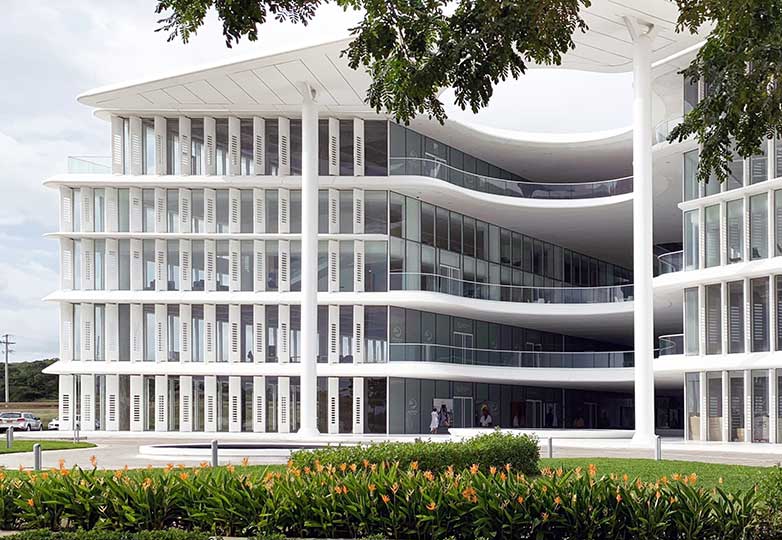 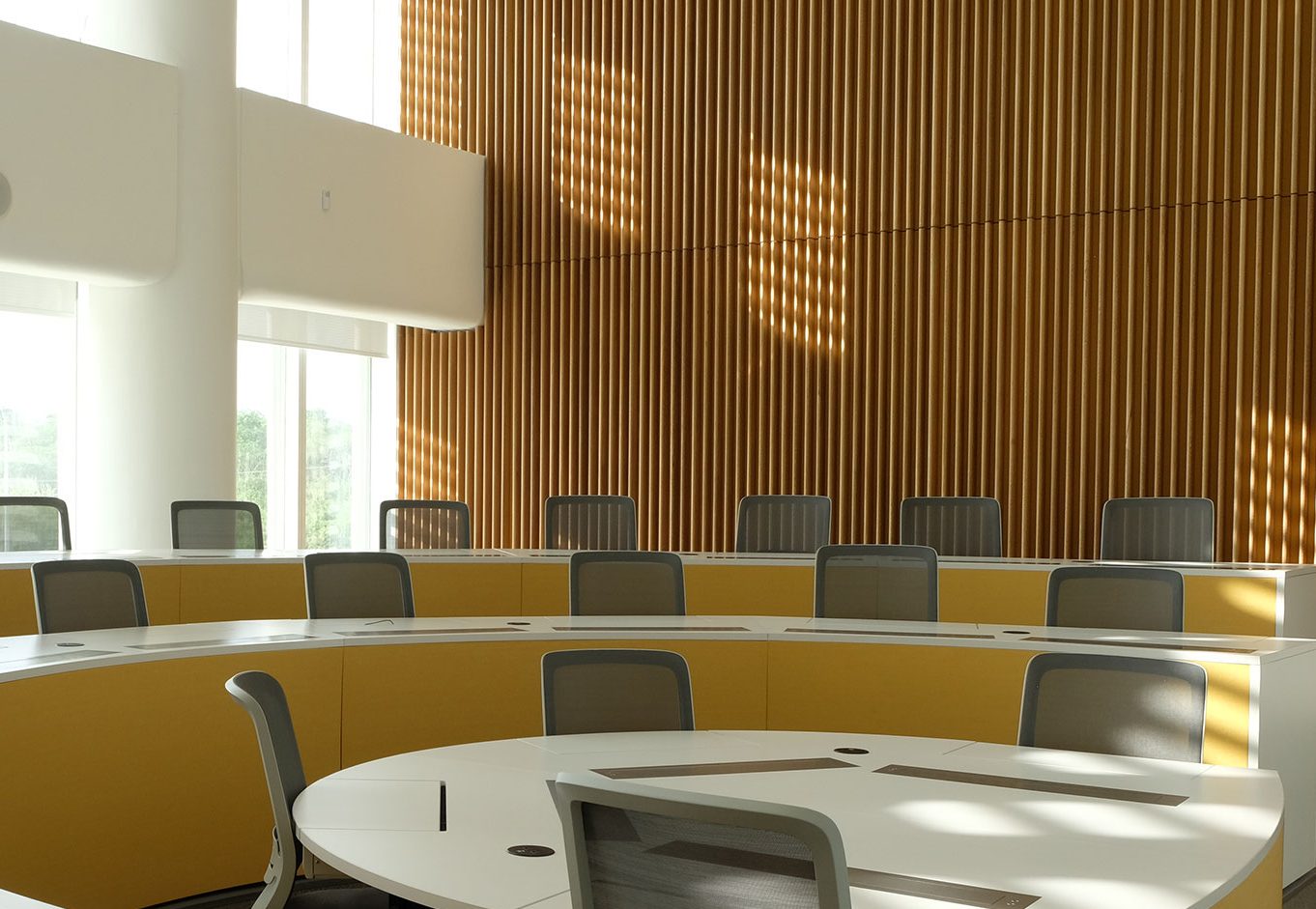 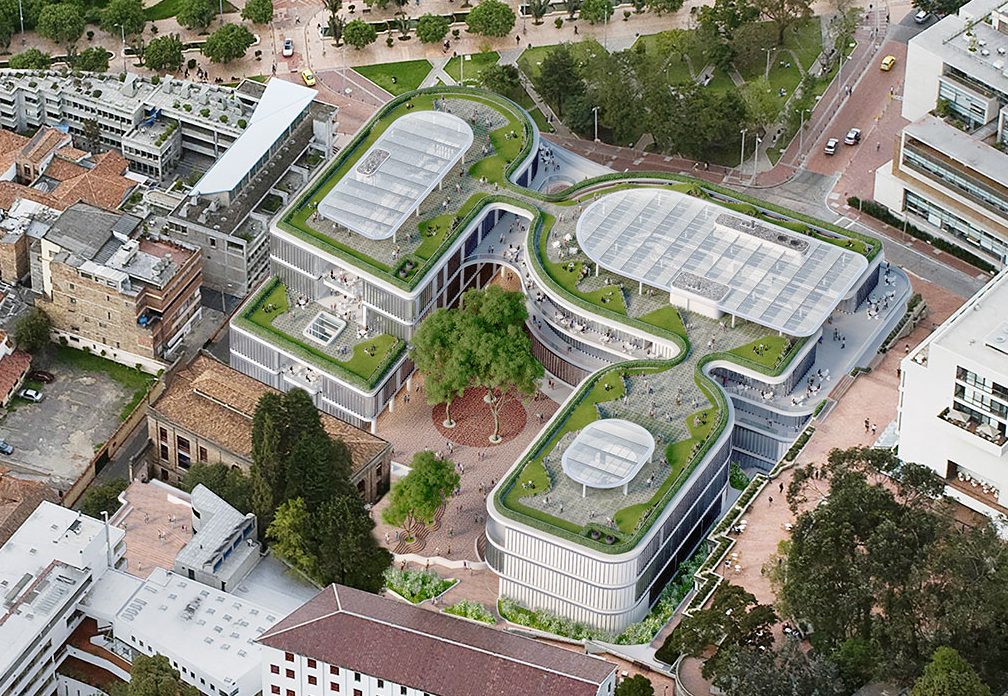 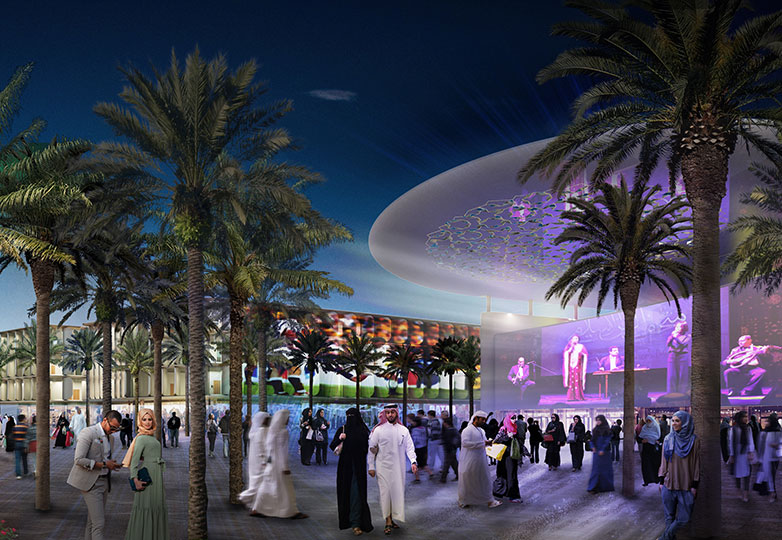